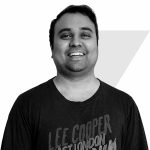 What is Human-computer interaction?

Human-Computer Interaction put simply, is how people interact with computers, and how capable the computers are of having a meaningful interaction with humans. Human-computer interaction revolves around the psychology, needs, requirements and feelings of the users, while they use computers to perform tasks. It is a discipline concerned with the design, evaluation, cognition and implementation of computing systems for human use.

Earlier, when technology was just booming, developers would not pay much attention to the ease-of-use, since getting the tasks done, and getting the message across was the goal. Nevertheless, as technology progressed, and people began using computers more and more, the need to make the way information was showcased better was felt.

Many would argue that computers are still not user-friendly enough to establish a seamless connection for people of all age groups, however, developers and designers would say that designing or making computers is a difficult process. This is due to the fact the demand for the services a machine provides, outdrives the demand for its usability.

One crucial aspect of Human-Computer Interaction is that each user has different perceptions, or preconceived notions about interactions because each person has a unique way of learning things or picking up skills. This results in different sets of users having different preferences. This is where user experience and interface come into play. Studying users, their mindsets or their way of thinking helps designers and engineers narrow down the requirements, and provide a seamless journey for every user. 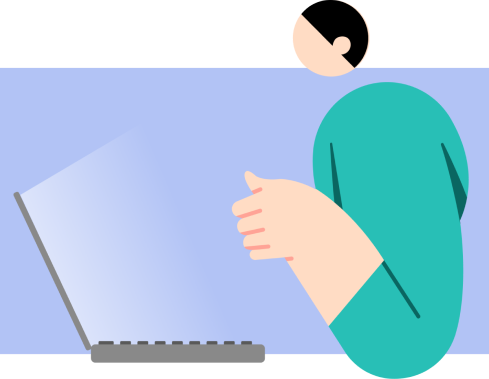 The things we like about technology keep changing, our interests keep varying, because we have the urge to evolve and get our hands on a better version of what we have. This creates a lot of possibilities for the way we interact with computers. Users’ preferences change in a gradual manner, as they get accustomed to the new methods.

When Did Human-Computer Interaction Start? 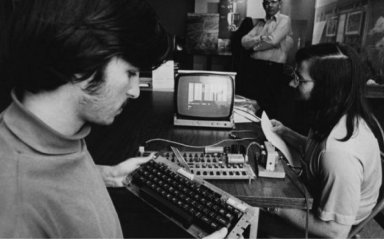 Up until the 70s, only IT professionals and engineers were using computers, however, with the rise of personal computing in the late 70s and early 80s, everything changed.

Personal computing, consisting of software (applications such as editors or computer games) and platforms (operating systems, programming languages, and hardware), increased the chances of everyone becoming a potential customer. This scenario shed light on the shortcomings of computers regarding usability for people who wanted to use computers as tools.

Xerox Alto and Apple Lisa, were the earliest computers that made use of the graphical user interface “GUI”, that was developed by Alan Kay & Douglas Engelbart at Xerox PARC. A GUI is a display that allows the user to choose commands, initiate files or start programs, and do other routine tasks by navigating and browsing through the visuals displayed on the screen.

The main goal of HCI is usability and providing the users with a seamless journey. Failing to do that can result in:

HCI is crucial for systems or machines to be more safe, helpful, and functional. It makes the experience more enjoyable in the long term, and is the clincher between a user feeling good about the process and walking away from it.

Norman Donald’s model of interaction (also known as the execution-evaluation cycle) is one of the most ideal models for Human-Computer Interaction. It says that users establish a goal and then perform actions using a machine to achieve the said goal.
A system then displays the output of those actions. Users see the output and see if their requirements were met. If not, a new goal is established, and the cycle is repeated. This model of is divided into seven stages: 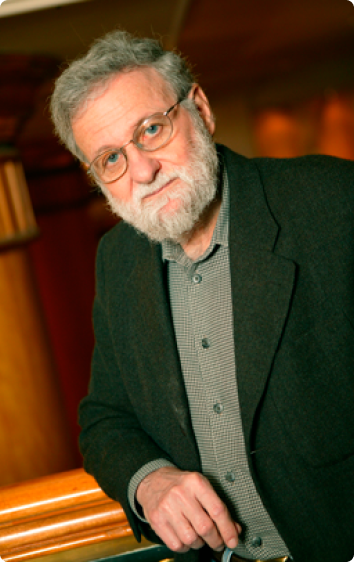 1. Daily Basis – Technology has become a huge part of our lives, so much so that it has become common to the point where at times, we do not even realize we are interacting, or engaging with a machine. Even people who do not use computers, or other gadgets, make use of technology. Case in point, vending machines, automated teller machines, or any other similar automated devices, are used by people on a daily basis without having to use, or know a lot about computers. When creating these systems or interfaces, human-computer interaction is crucial, be it for designing an interface for an ATM or a computer, because when it’s principles are taken into account while designing products, it ensures a safe, and efficient interface.

2. Usability – HCI is a big factor while designing systems that are not just functional but also accessible to persons with impairments. HCI and its principles help designers make sure that every person, despite their age, requirement, interests, experiences or impairments gets good and efficient products. A good system, or a product that uses good interaction models, ultimately provides users with a good journey, one which makes the process all the more cherishable, and does not differentiate between its users, no matter what category or set of the group they fall under.

3. Businesses – Human-Computer Interaction is mandatory for businesses or employees that depend on technology on a daily basis for the regular course of a profession. When provided with fully functioning and resourceful systems, users have a good time working, and thus are more satisfied with the process, and the output.

4. Iot & VR – Iot is a prime example of how Human-Computer Interaction could be used for advancing the way we use and interact with technology, big time. In VR, the interaction between computers and users happens in a whole new setting, one which is completely different from the real world. Virtual reality, when done the right way, can put one in the mind’s real environment and is an example of how amazing Human-Computer Interaction can be. Voice search, which is a part of the internet of things (IoT), is another example. Voice search apps and gadgets allow users to engage with a device or system that helps them get their simple tasks done without having to do anything physically. 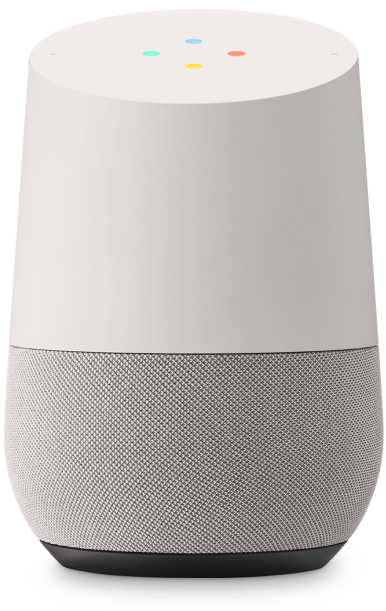 Virtual Reality & Augmented Reality – The scenario for virtual reality is going to get a lot more interesting in the next couple of years. With products like HoloLens (Microsoft), and Oculus (Facebook) the area has tremendous space for growth. These headsets might eventually make TVs obsolete, since they allow users to actually be a part of the environment, instead of just watching it. This increases the use and modes of interaction that happens between humans and the virtual environment. Good models of HCI will be a big help in giving these users experiences just as real as our world. This new technology will come with a completely new set of human-computer interactions. 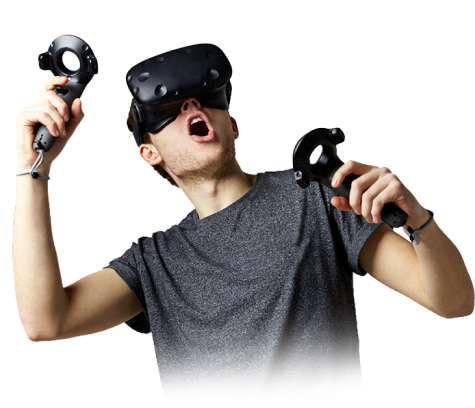 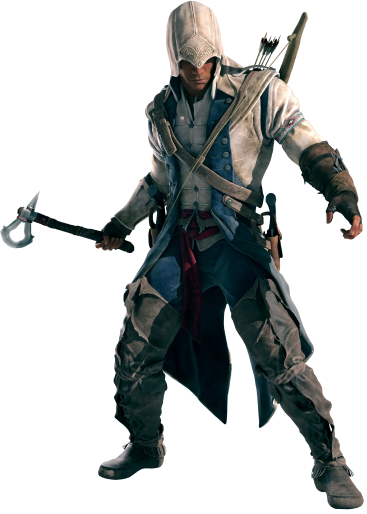 Gaming Industry – Video games are now more than just entertainment activities, they have become one of the biggest ways of visual storytelling. This is because players can interact with their surroundings, and be a part of a whole new world. People love escapism, and video games are a way for them to do that. We have attempted to use games in many ways where users would find the process entertaining, educational, and even therapeutic. A video game has three main elements: system input, process, and system outcome. The input is associated with the external aspects that affect the system. It consists of, but isn’t limited to, personalities of the user or the player, and their drive to play. The process is all about the mechanism of the game, and the gameplay experience. Good gameplay makes the game’s world more immersive. The output includes the effects of gameplay. Users are a part of all these elements. Human Computer Interaction plays a crucial role in the study of games, since studying characteristics of users, their interactions while playing, and behavioral patterns, helps design and develop games that take storytelling to the next level.

The area of Human-Computer Interaction has grown tremendously. It helps users gain control over the way they interact with a system, or in some cases, artificial environments, as easily as possible. Good models of Human-Computer Interaction ensure smooth communication throughout the process and are important for a helpful and functional connection between users and machines. It not only helps designers provide users with seamless experiences but also makes sure that the experience is enjoyable and has no faults. HCI, while designing or developing products that are going to be used by a large set of people, with different ways of thinking or interests, helps a lot in making the systems associated more knowledgeable and resourceful for everyone, ergo, having someone who understands HCI, and has the right tools of using it for better interaction, onboard, is necessary to prevent any process from going south. 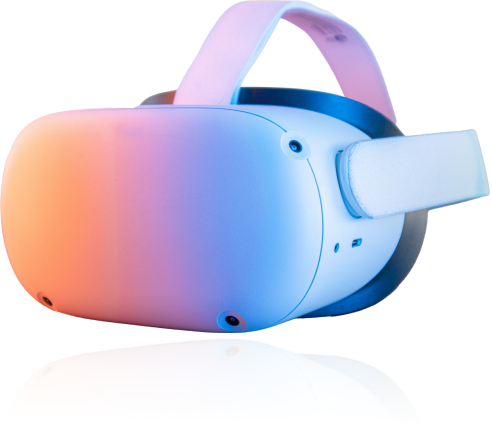 ← Iterative Branding: What is it and how can it help your brand? Impact of culture on illustration →