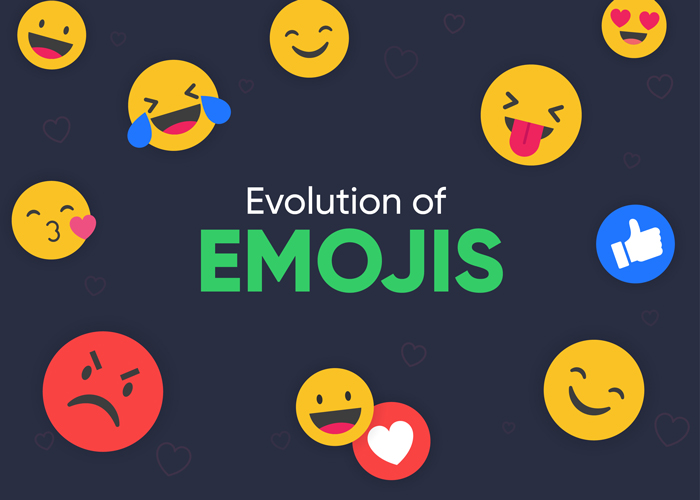 With over 6 billion sent daily, emojis have become a regular component of one’s online routine. But have you ever wondered where did emojis originate and how we used to communicate in the pre-emoji era ? Let’s explore…

Language first evolved around some 100000 years ago enabling our ancestors to communicate about things like fire, cave, water, hunting, etc.. About 5500 years ago, writing was invented in Mesopotamia as people started using clay tablets for engraving a variety of symbols of animals, nature, etc.. Around the same period, Egyptians began engraving small pictures and symbols on bone and ivory. This was truly a huge leap for our civilization.

Many centuries back, the first printing press was invented by Johannes Gutenberg in 1450. This led to a significant evolution in human history as people began to spread radical ideas and thoughts easier than ever. There was a prominent exchange of thoughts and people became more aware.

In the 19th century, Telegraph was invented which was yet another significant tool used in long distance communication. And now in the 20th century, the internet has gave birth to the modern day information age.

This brings us to the birth of emojis.

So what exactly are emojis ?

The word “Emoji” is made up of the Japanese characters for picture writing. They came into use when their inventor, Shigetaka Kurita noticed a craze for sending heart icons amongst Japanese teenagers. Before emojis, emoticons – combination of punctuation marks we’re used to express feelings. Now there are emojis for almost everything – facial expressions, animals, nature.

Why do people use emojis ?

The message has more intensity when conveyed through facial expressions and tone of voice. Whereas in written language, these elements get lost as the message becomes more colloquial. Emojis help to bring the emotions and emphasis in the message. So what is past might be written as – “Freezing Cold”, can now be depicted by a simple emoji – 🥶

In the modern times being able to project feelings and emotions is very crucial. And there is nothing better than emojis to convey the message with emphasis.